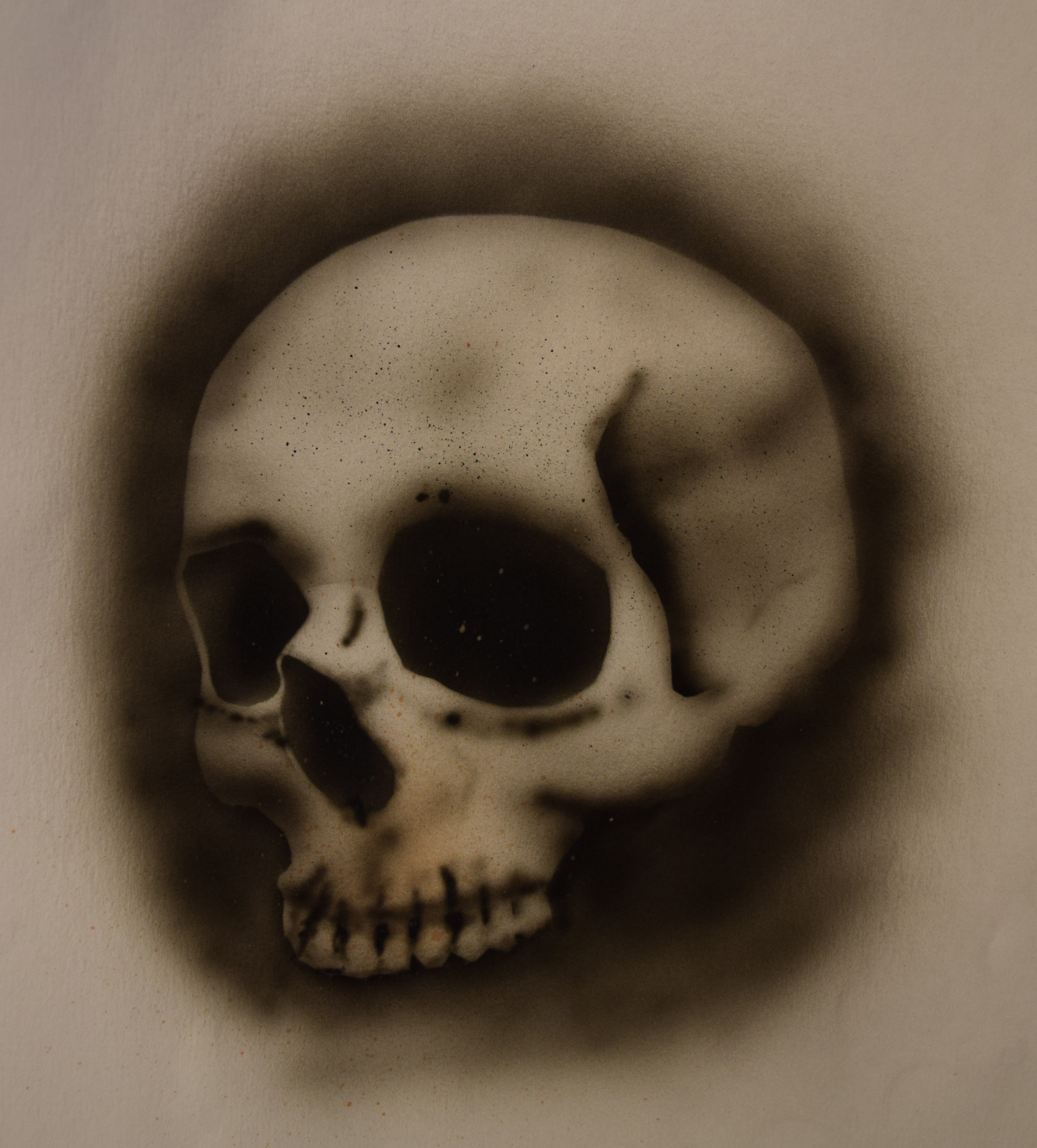 After trying to find some beginner tutorials on how to airbrush, I decided to try out some ones where they where airbrushing a skull mostly because the need for few colors.

At first I was trying to find the same reference image as the artists in the first two videos where using, to more easily compare where I went wrong. But finaly decided on not using it. So to try to stay out of any license hell I ended up with this from wikimedia 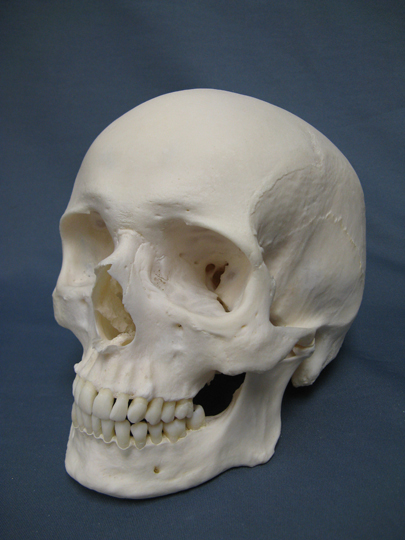 Printed out two of these images, one to use as a reference and one to make a stencil out of, think next time I will try to prepear the stencil by drawing digitally on it where I want the cuts to be before hand. Not exactly sure it will be a better way to do it but its worth trying.

So I took out my knife and poorly choosen black cuttingboard and cut out the skull, the black cutting board made it really hard to figure out where I had cut out black areas. 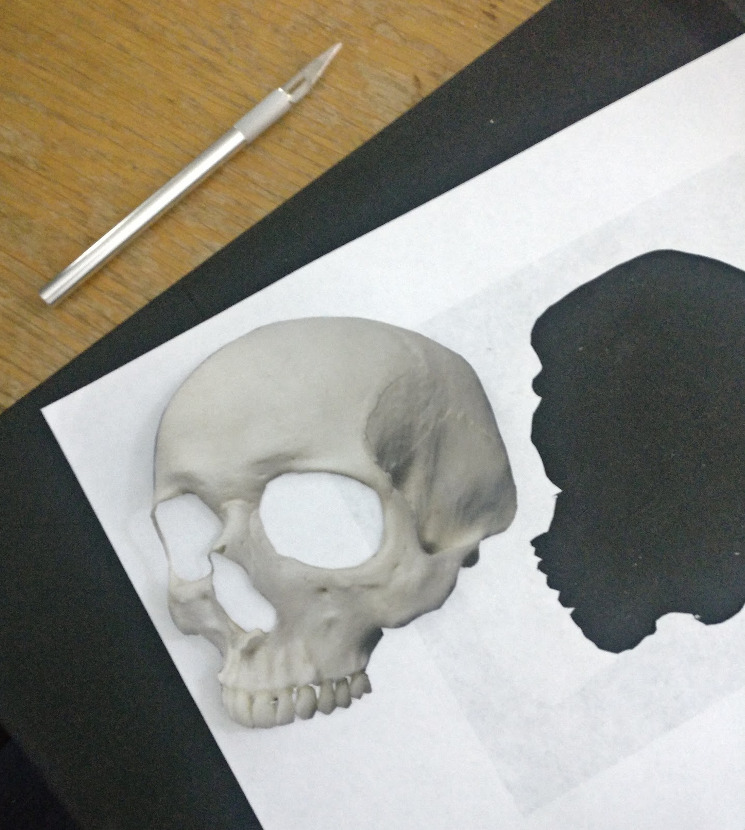 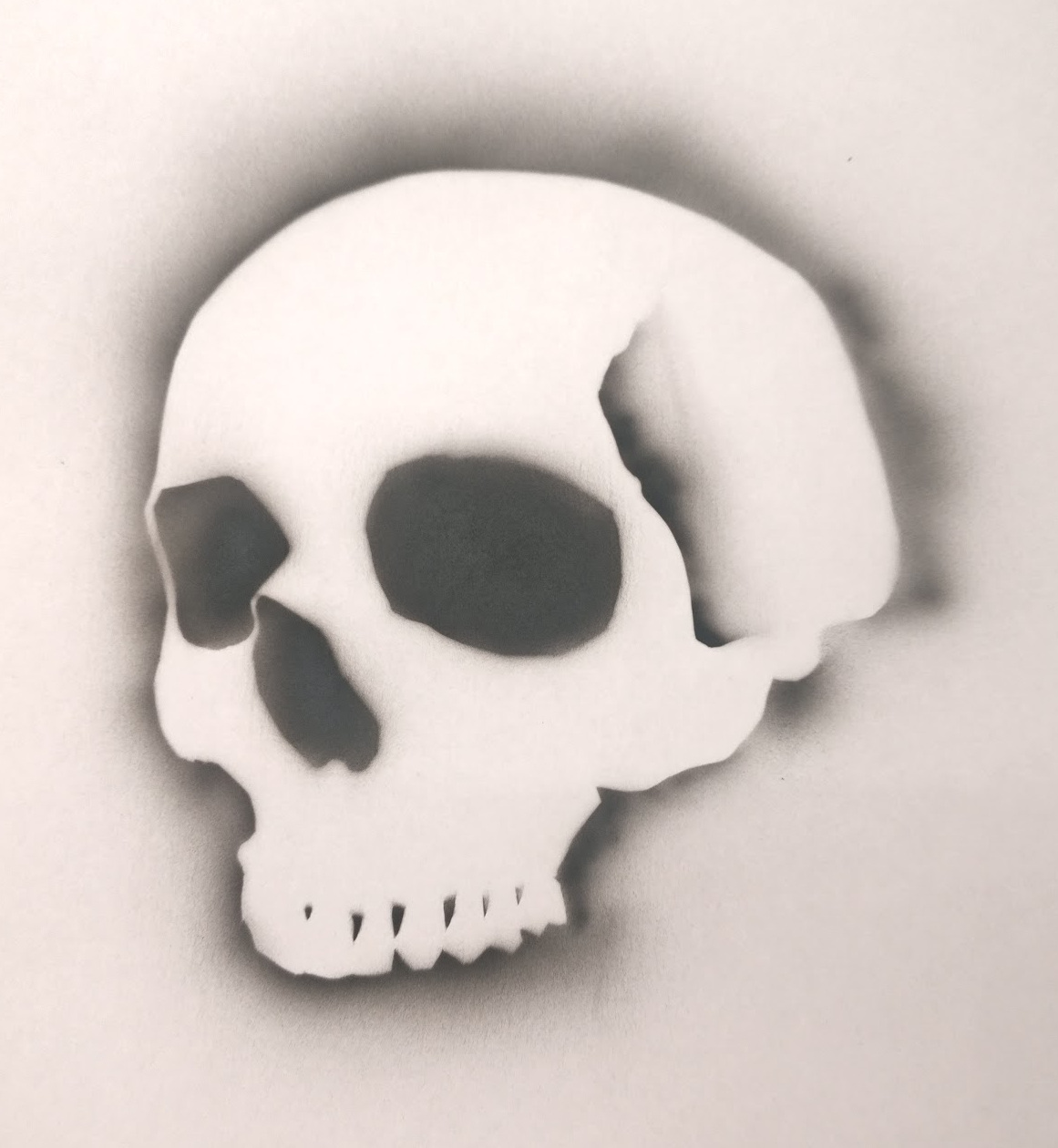 Proceeded with adding in some shadows, for this step I started out with the paint WAAAYYY to thick and it was clogging up my airbrush comming out way to thick and had a really hard time controlling the paint, until I added lots more thinner then everything went lots better. 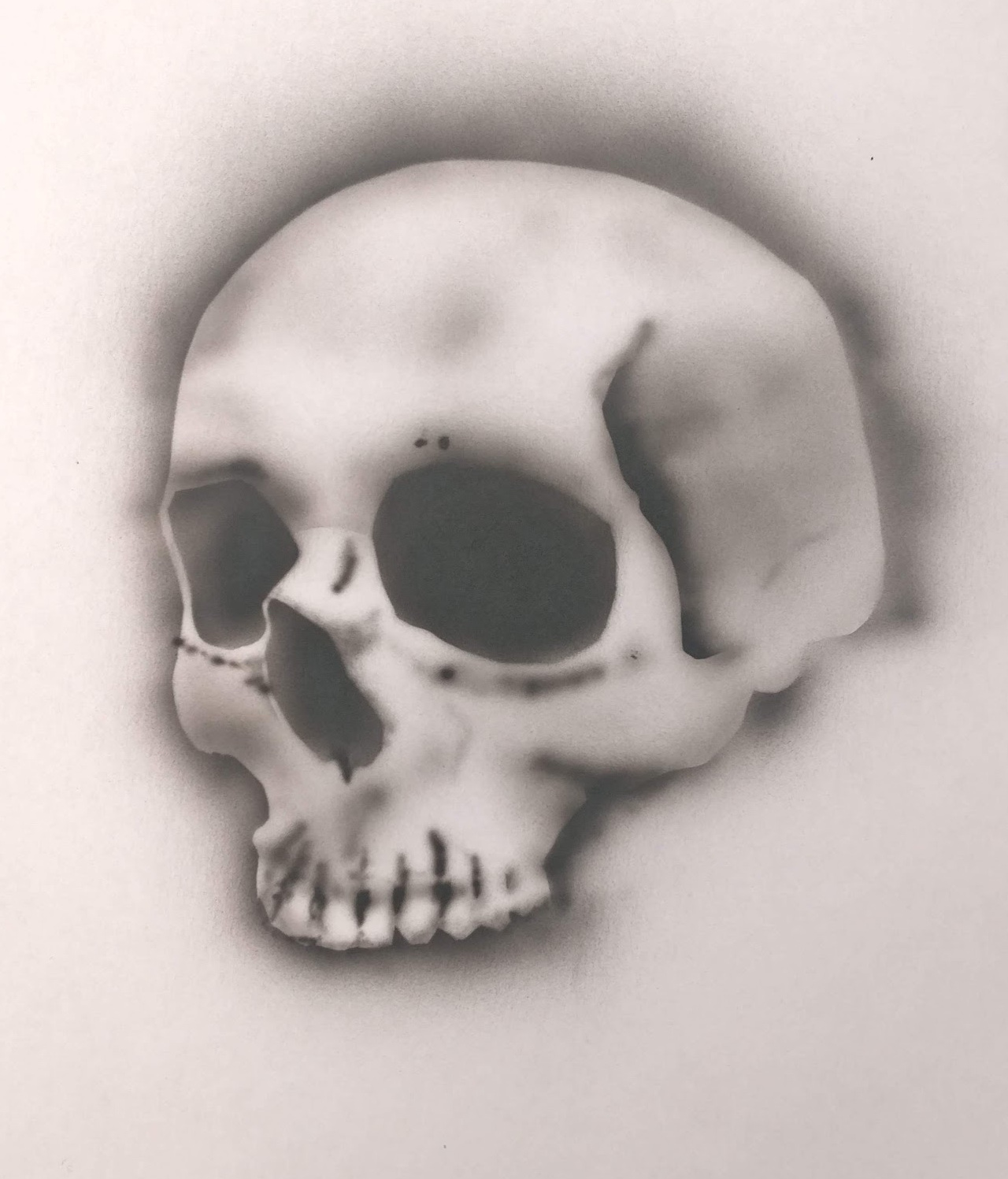 Wanted to add some patterns to the skull so decided to try splattering som black on there, I used a brush and airbrushed into the brush to make it splatter out colors, used the negative of the stencil to maks out things that wasn't the skull. Think this went rather badly, flattened the image somewhat instead of giving it texture, saw someone using fabric of some thing kind to airbrush through to give texture, tried with an old t-shirt and with a paper towel but none of those gave the result I wanted so this is the way it went. 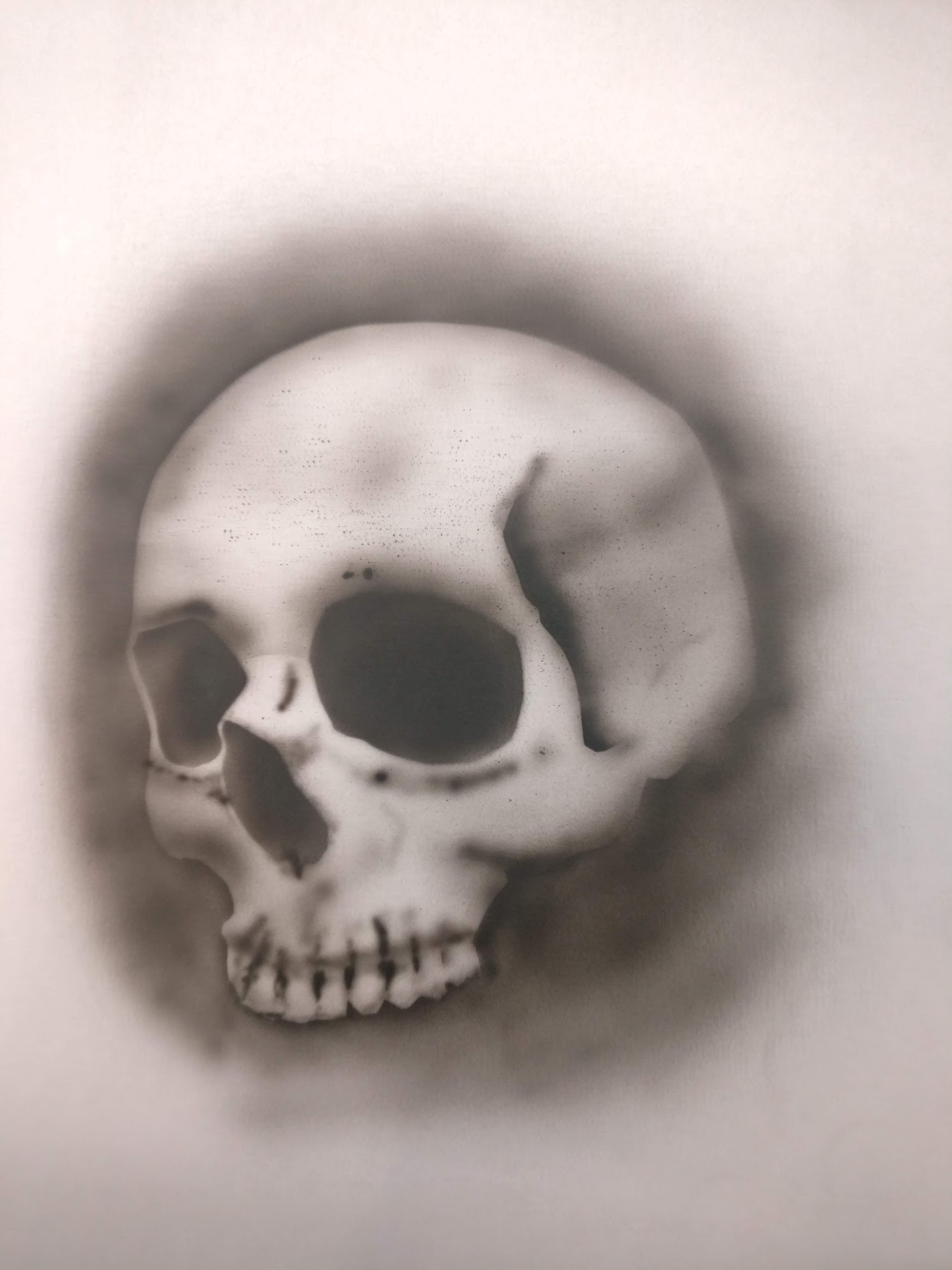 Then tried to add some color, not real good at color mixing but added a drop of red and a lots of drops of yellow and thinner in an atempt at making some bone yellowing color, messed around a lot and was mixing in the bowl of the airbrush, and it ended rather badly because when I tried to apply it to the artwork the paint exploded out of the airbrush and it splotshed out all over the place, but the end result was good enough anyways. So I applied a copple of coats of varnish and called it done