A friend and I brew beer together, and we had a need for one of the water heaters to be higher up compared to the beer boiling apparatus. So we had to create a small stool that we could feel safe with holding up about 17 liters of hot water(The hot water is used to leach out sugar and stuff from the mash after it has been boiled).

The temporary setup we had devised was to place a piece of plywood on top of a wooden box normally used for holding all the gear we used for brewing, this was rather inconvenient both because the box wasn't that sturdy thus didn't give lots of confidence and that the wooden box had to be emptied every time we got to this step and later refilled with the gear.

This is the setup before the box: 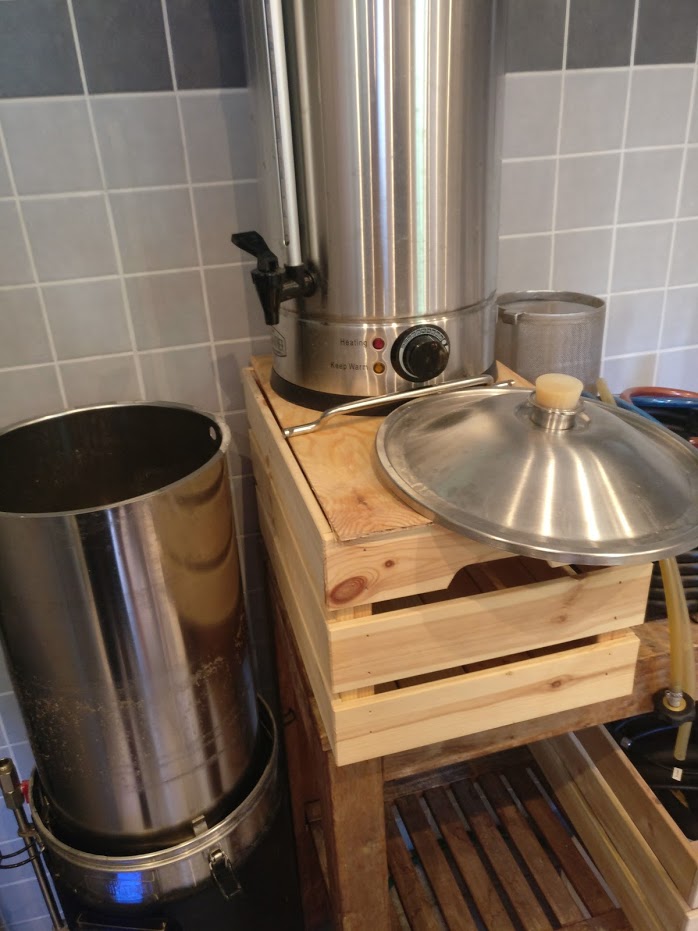 So to solve this we intended to make some sort of box to keep everything neat and tidy, there was also a heat exchanger that is used in the brewing steps that we imagined could be placed inside the box, so if it only had three sides it would be great.

Without all that much planning we decided to use some 6 months old measurements that I had saved up for the occasion to cut out some legs for the box. 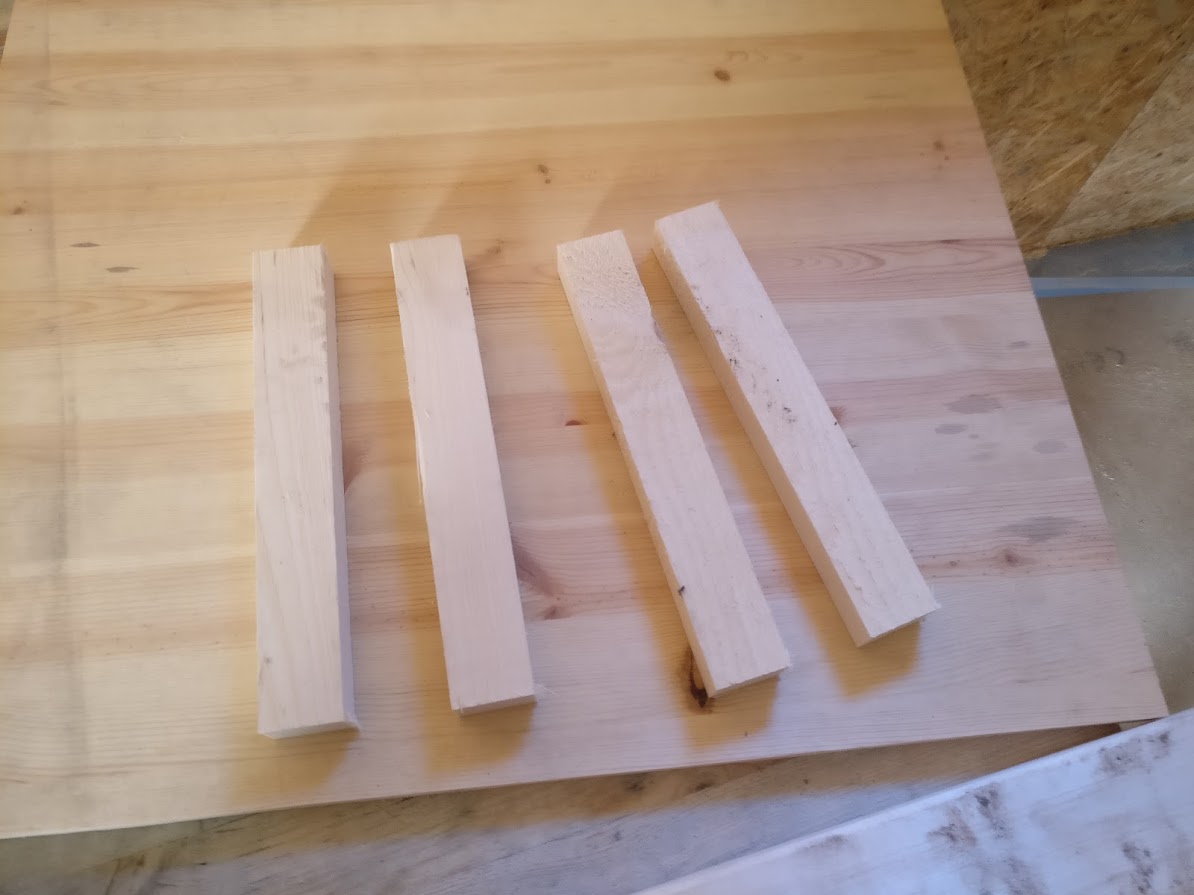 Then we came to the sides, since everything was going so well with the legs ... we decided to go for something slightly complicated with the sides, and decided that the same material used for the legs could be used for the sides if we constructed an X out of them, so three sides each side having two pieces total of 6 pieces that would have to saw the ends off at odd angles and half way sawed through at another odd angle in the middle.

This to went surprisingly well, even though in retrospect our measurement of the limits in the middle was a bit error prone, instead of figuring out where the middle of the piece was and sawing a slot in the correct angle on both sides we opted for placing everything out and drawing lines where the beginning and the end of the slot would be. This resulted in a weird offset so that each slot was not an equal offset from the center, no clue where this offset was really introduced tho. Trust in maths and not reality! 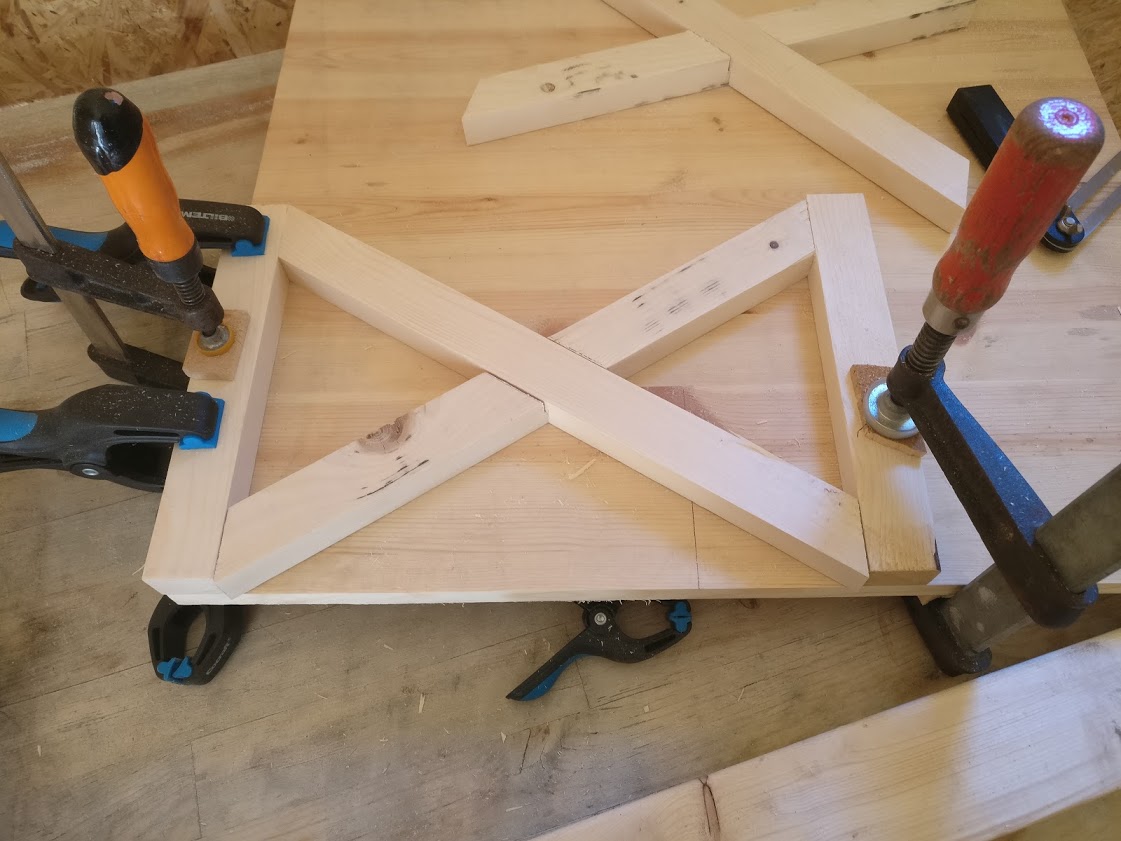 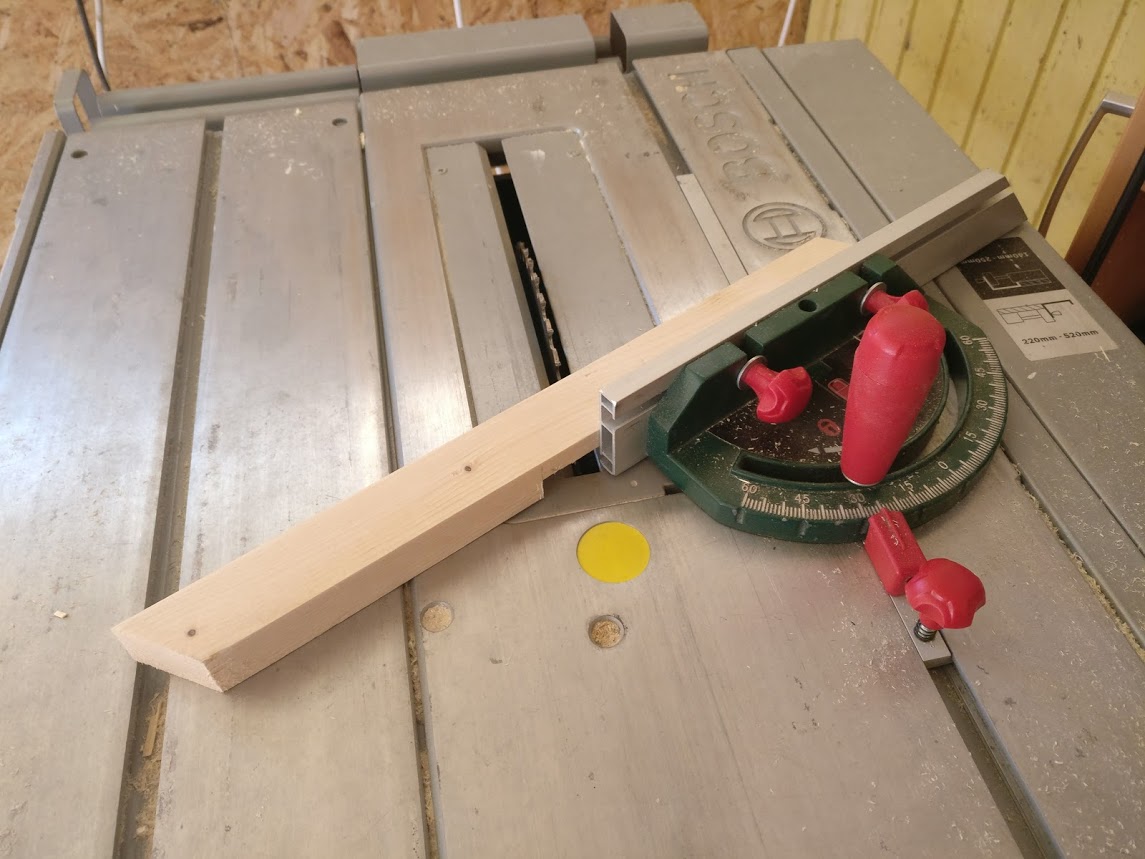 Then we glued the sidepieces and the legs together and used a nail gun to fix them together while the glue dried, even tho the slot error mentioned previous meant that the stool legs became slightly crooked, with the water heater on top it would not be a problem. The side pieces on the back have a rather significant gap between them when the stool is pressed down to the ground.

Notice how the leg most to the right is in the air on this mostly flat surface. 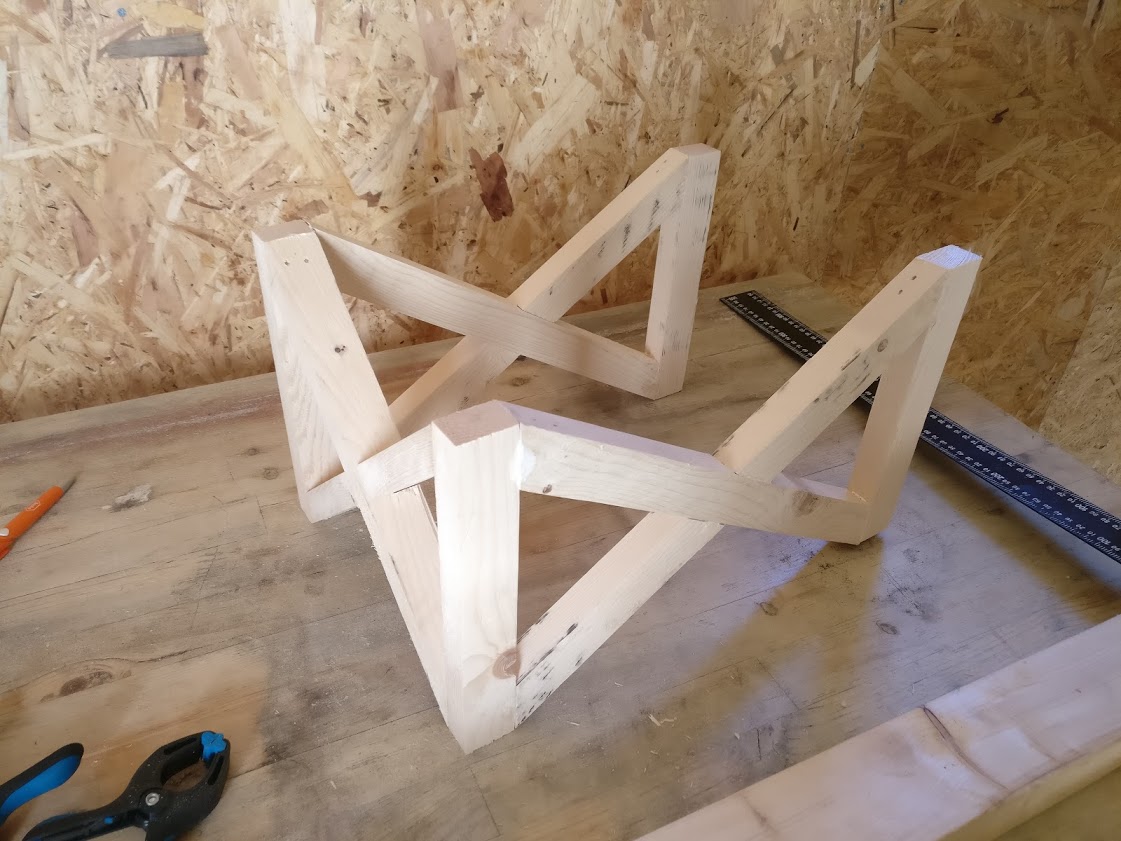 The top was then simply glued on to the legs and the edges were routed round. The gluing was done while it was standing up and the water heater was on it, a better way to do it would probably have been to do it while it was upside down so that a more precise result could have been achieved. But luckily it will rearly be viewed from the beneath.

The end result is this 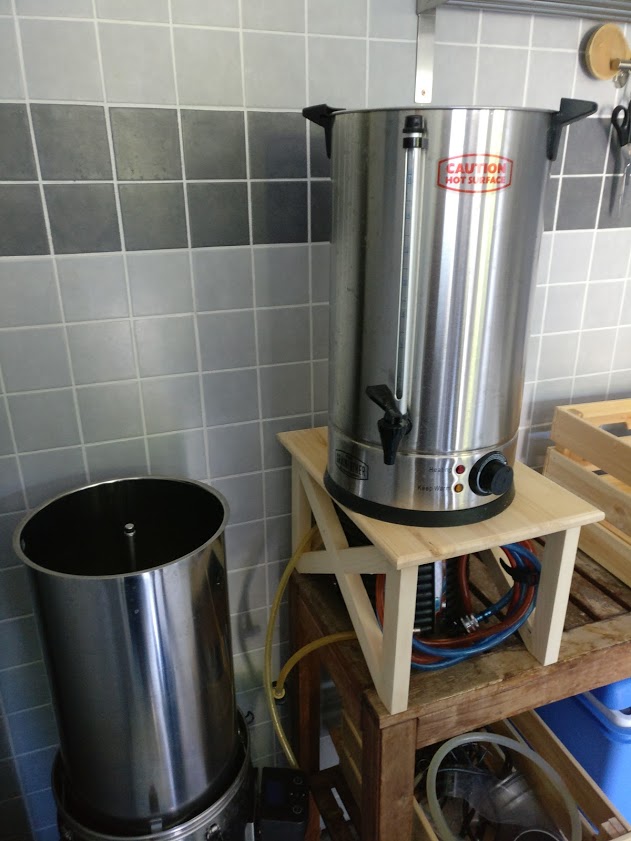 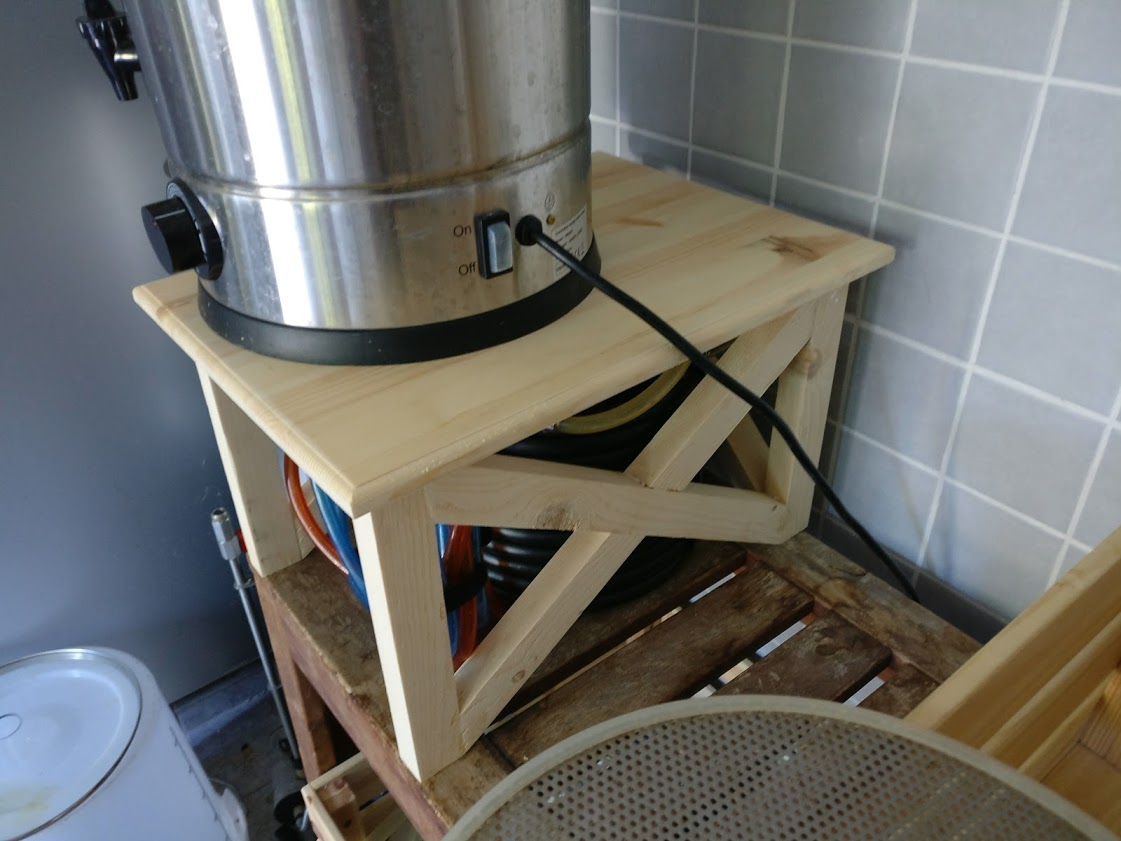 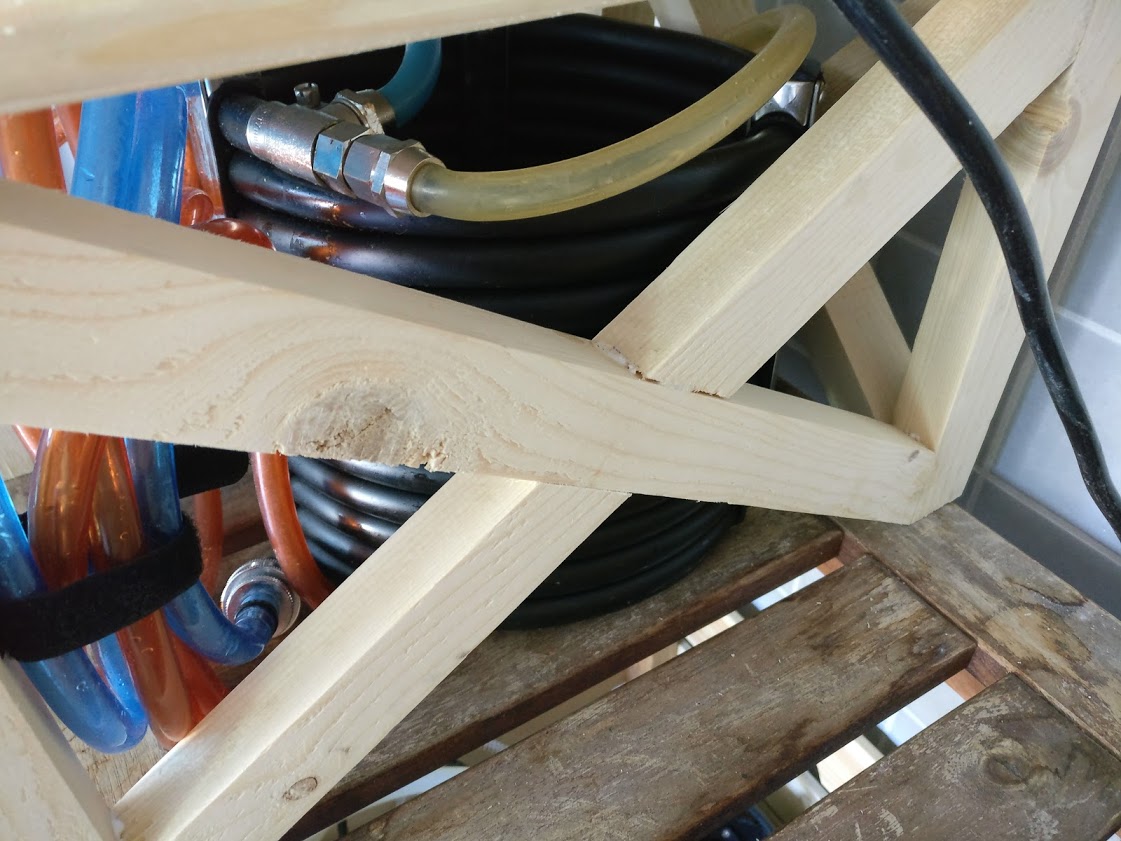